"Thank you so much for your wonderful magic show on Saturday. The children and the adults loved the show and people are still talking about it. You were brilliant. Will definitely recommend and hopefully we can come and watch you do one of your adult shows too...Thanks again"

"Was fantastic today ... thank you so much.  I know it is your "job" but hey, you do a good job!  It is difficult keeping that many kids entertained and you really did it.

My boys loved your show, Josh (the oldest one) has been doing magic all evening! Thanks again"

"Just wanted to say a big Thank You for the shows you did here at Shellharbour Workers’ today and last week. We were really pleased with the turnout for both Wednesday’s and with your professionalism while here. The shows were great too – the enthusiasm of the kids and the fun they had said it all." 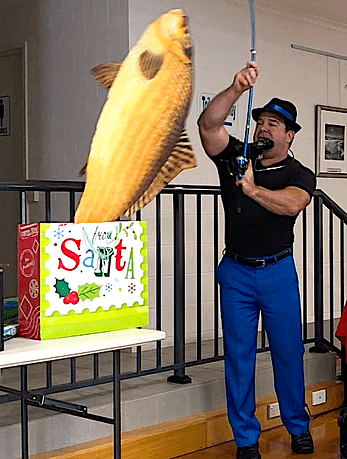 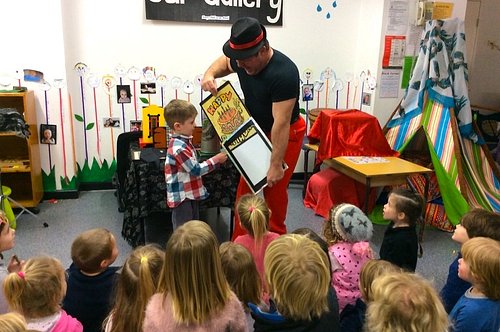 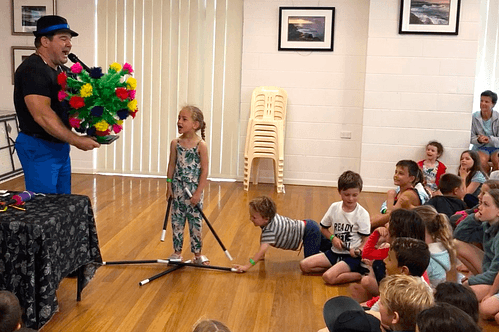 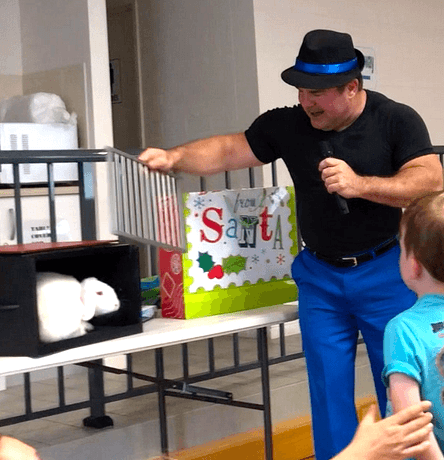 When you engage our services you are booking a professional magic show performed by a professional, internationally booked magician.

We have over 30 years experience, from performing at backyard parties for a handful of kids, to several hundreds at festivals and events.

We are fully covered by public liability insurance for your peace of mind.

If you have 20 guests or less we create a balloon sculpture at the end of the show for every child,

thus giving you a total performance time of 1 hour.

When considering our show please do not mistake our services for those of the pirates, fairies,

and other "party hosts" who do a few hours of child minding at your party.

There is a world of difference between a full length professional magic show that has been honed over countless thousands of performances,

and those who fumble through 10 minutes of basic tricks, filling the remaining time as child minders, playing games.

Demand the best for your children's party entertainment!

A few "quick tricks" from our comedy kid's show!

Featured creating mirth and mayhem on children's television shows like

guaranteed to keep the youngsters amused.

Throughout the show he appears to be getting everything oh so wrong...

But the kids are quick to set him straight!

They won't let him get away with anything!!!

After lots of fun and laughter Glenn finally gets it right ...

The magic works and the kids scream with delight!

From Pre-school or Kindergarten shows, crafted to suit the toddlers

to something special for older children and teenagers at club presentations,

Christmas parties or family days...Glenn has a show for every age and occasion.

Appearing on children’s television for over three years, Glenn featured in his

own weekly segment amazing and amusing the viewers and cast and crew alike.

He now tours throughout Australia enthralling the young and the young at heart.

FOR  ALL THE VERY BEST IN CHILDREN’S ENTERTAINMENT...

GLENN KEELEY IS YOUR MAN!

"OUT OF HIS MIND PRODUCTIONS"