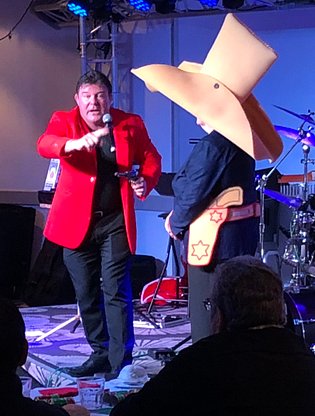 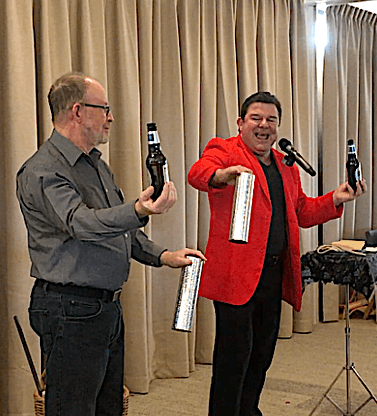 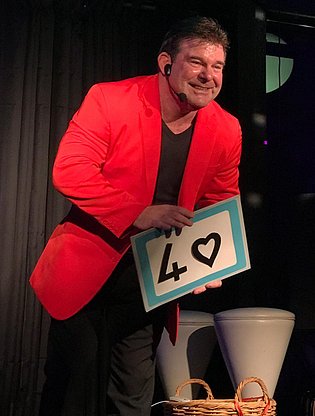 DON’T MISS YOUR CHANCE TO EXPERIENCE

“THIS IS ONE SHOW WHICH MUST BE SEEN TO BE DISBELIEVED!!!

"WAY TOO FUNNY TO BE A MAGICIAN...

FAR TOO MAGICAL TO BE A COMEDIAN!!!"

Forget all the crusty old top hat and tailed “rabbit tuggers” you’ve ever seen before...

Fasten your seat belts and just hang on...This is crazy comedy conjuring at its very best!!!

Glenn doesn’t just fool his audience, he makes them laugh...heck, he almost makes them cry!!!

and your sides splitting the next!!!

THE AUDIENCE DOESN'T JUST WATCH THE SHOW, THEY BECOME THE SHOW!

Glenn is one of Australia's top audience participation specialists.

As he enlists the help of his spectators, the victims...sorry, volunteers find themselves in all

manner of hilarious situations guaranteed to have the crowd rolling with laughter...

A master of comic timing, Glenn combines quirky one liners and biting ad libs with zany antics and

International success has seen Glenn amaze and amuse audiences all around the world at major conventions,

making him one of our most respected and in demand magicomedians both at home and abroad.

As well as performing extended contracts in Taiwan, Manila and Singapore

The Breaky Club, Come on Kids and Ace where he spent 3 years on his own featured segment.

You may also recognise him from The Midday Show and Hey Hey It's Saturday!

"Not fair, I was laughing too hard to see how you did that. You're amazing!" - Denise Drysdale

"OUT OF HIS MIND PRODUCTIONS"

A sneak peek at our adult's shows!